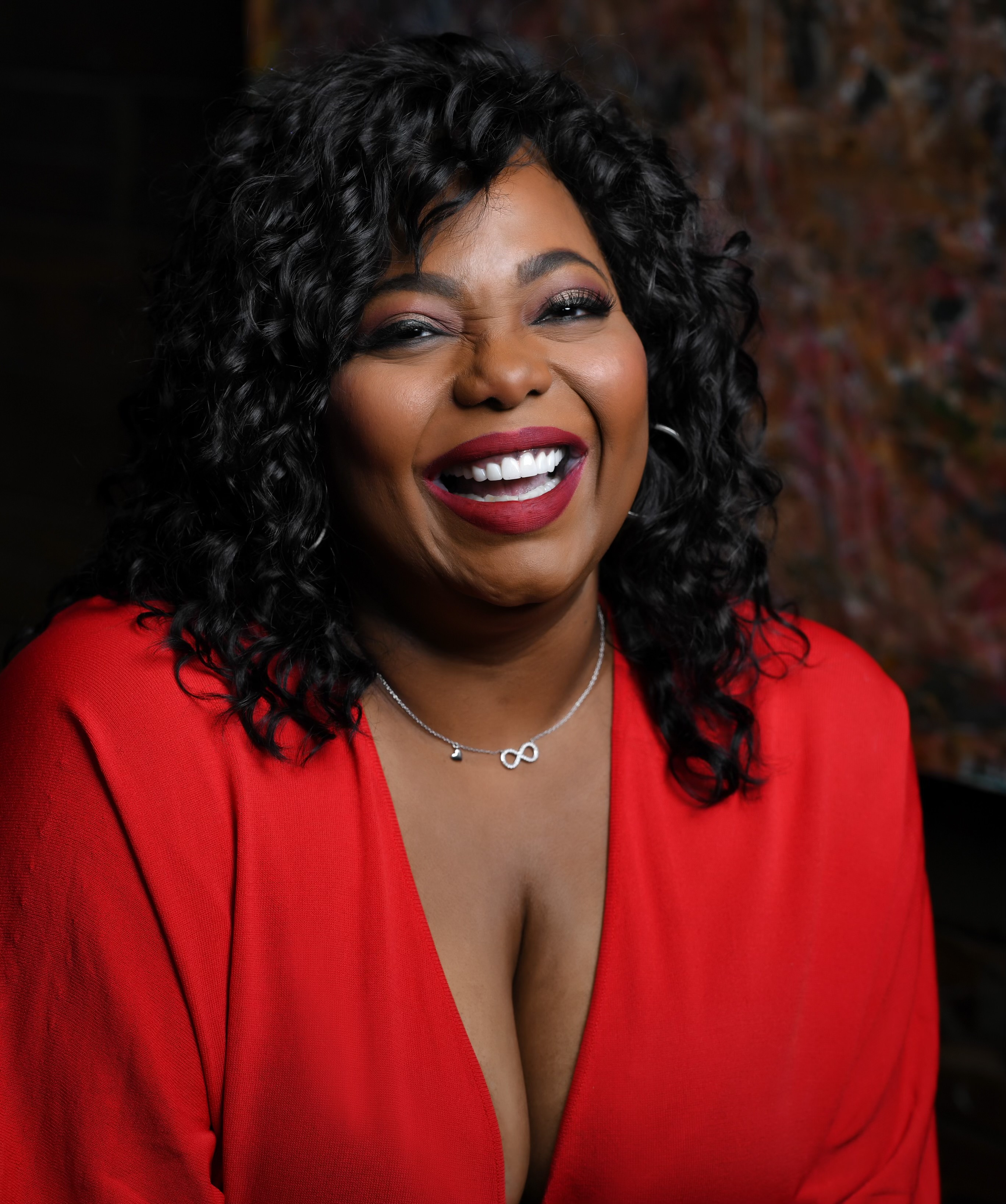 Brown is undeniably one of the most talented comics and performers of this generation. The Newport News, Virginia native, born Farah Brown, assails her craft with such passion and soul-searching veracity, when she claims a stage the ensuing act is nothing short of a force of nature. Cocoa Brown audaciously draws from painful reminiscences and hard-knocked lessons, bravely weaving humorous tales that uplift, upend, and upgrade everything you thought you knew about comedy. What is it that drives the comic who female fans nationwide have nicknamed the “The Truth?” It’s the sheer will of a woman who survived the worst life had to offer and is still standing.

Most notably known for her lead role in the film Tyler Perry’s The Single Mom’s Club and For Better or Worse on OWN network, the hilarious comedian/actress Cocoa (pronounced Co-kah) Brown treats audiences to thought-provoking humor in which she declares “I don’t tell jokes I tell the truth!” Her Grown and Evolved Woman delivery both on stage and on the screen have landed her in supporting roles such as FX’s American Crime Story, NBC’s Marlon, and most recently FOX’s critically acclaimed 9-1-1 and the Mindy Kaling’s life inspired Netflix series, “Never Have I Ever”. Cocoa will also be appearing on the new 50 cent/Starz cable network series, “BMF: Black Mafia Family” in Summer 2021. Cocoa has generated and continues to grow a large and loyal following all over the world and has proven to her fans old and new that not only is she a funny comedian, but she is also a versatile and talented actress.

Cocoa has had guest star roles on several other notable TV projects including 2 Broke Girls, Psych, The Soul Man, The Neighborhood and Breaking Bad as well as supporting roles in major motion pictures such as films as Ted 2 (in which she was hand-picked for the role of “Joy” by Seth MacFarlane), Lakeview Terrace with Samuel L. Jackson, Lethal Procedures directed by Jahmar Hill and His, Hers, and the Truth which is one of the official selections of the 2019 American Black Film Festival and Fruits of the Harvest, both directed by director Coke Daniels.

Being appropriately dubbed as a “comedy machine gun” by America’s Got Talent judge Sharon Osbourne, she has received numerous awards including the DC Comedian of the Year after only a short time of stand-up and was handpicked by the family of Moms Mabley to receive the 2018 Moms Mabley Legacy Award. She is a fan favorite and has been all over the world touring regularly and has also been featured on the Showtime Network Shaquille O’Neal Comedy All-Stars as well as a featured