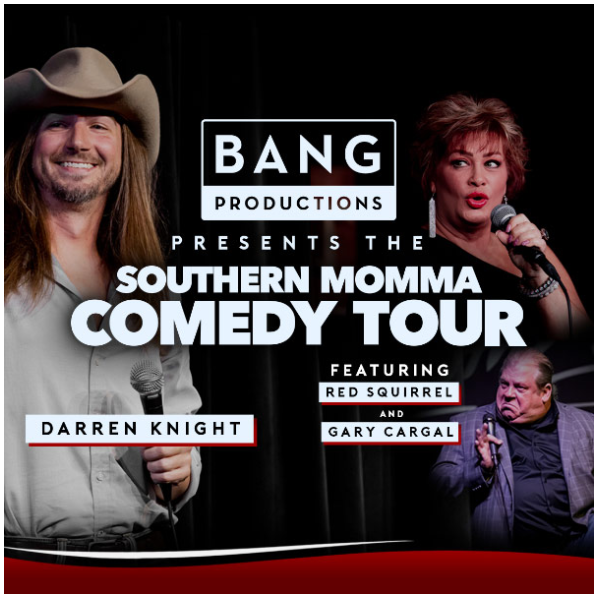 Darren Knight, aka Southern Momma from Munford, Alabama, is the fastest rising comedian in American history. Variety magazine picked Darren as 10 Comics to Watch in 2018. He has a massive following nationwide on multiple social media platforms. Darren has been selling out theatres and casinos his whole career. His character "Southern Momma" is a household name in the South.


Comedian Red Squirrel has been entertaining audiences nationally with her country twang, and out-of-control animated stage presence. She's performed at the Golden Nugget, The Ryman, Choctaw Casino, Hard Rock Casino, Imperial Palace Casino, and the War Memorial to name a few. Her twist on personal subjects involving the relationships between men and women are hilariously relatable.

Comedian Gary Cargal is everyone's Southern Dad or Grandpa and a good, stiff drink to the comedy world. His stage performance is based on his wife and two sons. He's been touring nationally for six years.