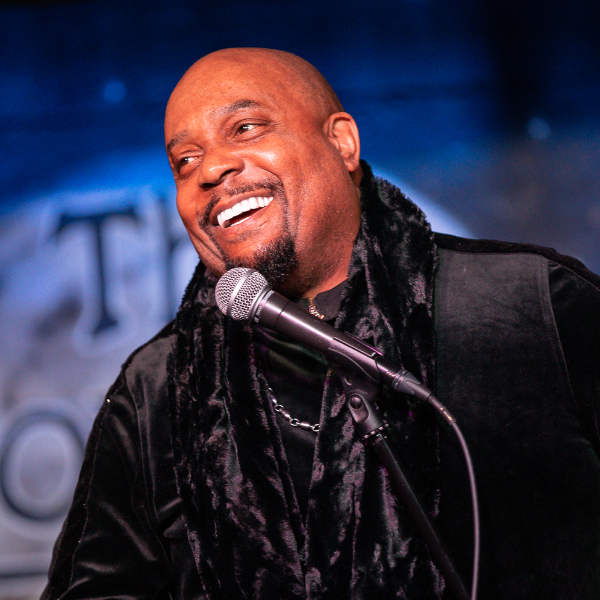 Crowd favorite makes his triumphant return to our stage for five big shows!

To those in the know Arnez J. one of the hottest, most talked about comedic artists in the game. His raw energy, talent and comedic skill quickly landed Arnez the coveted hosting slot on BET’s longest- running comedy series “Comic View” for two seasons joining the ranks of hosts such as D.L. Hughley and Cedric the Entertainer. His hilarious new comedy special “Racially Motivated” is now available on Netflix.

Arnez J.'s charisma and physical agility are unforgettable. “J is a whirling dervish on stage--he runs, jumps, spins, slides, slips, and mugs through a performance, acting out many of his bits while describing them,” wrote Doug Kaufman in the St. Louis Post-Dispatch. Arnez admits of himself “I've always expressed my things through mannerisms and facial expressions rather than speaking.” On his own at age 14, Arnez lied about his age to get a job at a gas station to work his way through school. With dreams to become a professional baseball player, Arnez began working as a flight attendant when those baseball plans fell through. It was while working as a flight attendant that Arnez discovered his comedic talent. He realized that he had the ability to keep the passengers and crew laughing and, upon encouragement from friends, he made his first attempt at stand-up comedy. After that first night on stage, he knew what he wanted to do. He left his job with the airlines and made the decision to devote all of his time to a career in comedy. Arnez got a chance to combine his ambitions as both an athlete and performer when he was recruited by scouts for the famed Harlem Globetrotters basketball team who saw his very physical comedy routine at a local basketball game. However, after several months, a knee injury ended his Globetrotters career, finally clearing the way for him to devote himself full time to standup comedy. An Atlanta native, Arnez began working the comedy circuit in Georgia and quickly became one of “Hotlanta's” funniest newcomers. A finalist in the “Bay Area Black Comedy Competition,” he was immediately noticed by the entertainment industry and was asked to make his first television appearance on Showtime's “Comedy Club Network.” Numerous television appearances soon followed including appearances on “The Keenan Ivory Wayans Show,” “Louie Anderson's Comedy Showcase,” Comedy Central's “Make Me Laugh,” NBC's “Friday Night Videos,” “The Mo’Nique Show”, Russell Simmons' “Def Comedy Jam,” his own BET “Comic View Grandstand Hour Special,” and “Comedy Central Presents: Arnez J.” He was most recently seen headlining Showtime’s “Shaquille O'Neal Presents: All Star Comedy Jam.” Today, Arnez is widely considered one of the best working artists, with a polished and highly entertaining standup routine that keeps his audiences entertained without having to use profanity. In keeping with his plan, Arnez keeps up a dizzying pace performing for sold out crowds at arenas and other venues across the country.