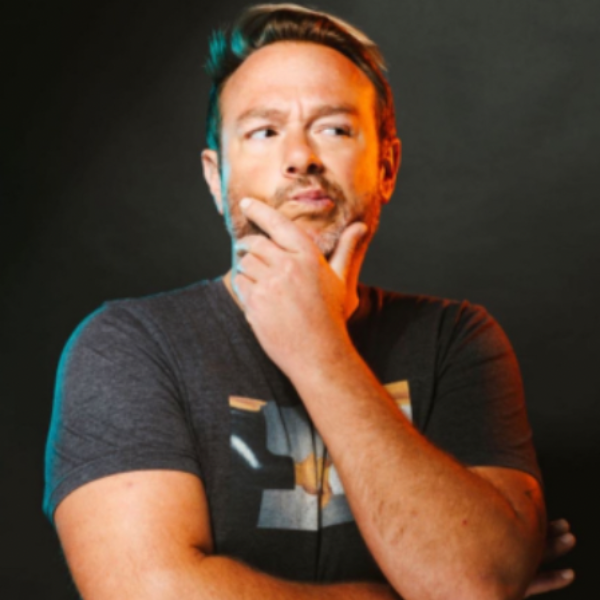 But you can only run from fate for so long. In 2011 at the age of 31, Cash got up at his first open mic. He was in the middle of big financial troubles, his father in chemo, a failing business and a tumultuous relationship. That four minutes on stage breathed life back into him that he didn’t think was possible. He didn’t miss one after that for two years.


Within a year and a half he landed Comedy Central’s UpNEXT and Sirius XM, the next year he appeared on Laughs TV and won Port City’s Top Comic and Comedy Zone’s Almost Famous. He’s gone on to win SLO Comedy festival’s Best of the Fest, Denver Comedy Work’s Thick Skinned (twice) and has headlined shows at Altercation Comedy Festival, Treefort Festival, West End Comedy Festival and BackHand Comedy Festival.

He’s also been part of Standup NBC and Rooftop Comedy. Cash has a half hour on DRYBAR Comedy called “ God Needed a Driver” and his debut album “Halfway There” was released by StandUp! Records in 2021 and spent a week at #1 on the comedy charts.

Cliff Cash was raised on the far right end of the southern, conservative, evangelical spectrum and the result is the antithesis of what was intended. Cliff’s comedy tackles everything from racism to homophobia, greed and war to death and divorce. Don’t worry there’s some poop jokes mixed in. Cash takes the audience on a journey that’s more than just funny. You’ll think, you’ll feel, you may even cry a little but then you’ll laugh again. His comedy aims to shine the light of levity into the darkest corners or the human experience and by doing so; take some power away from the things that we fear and dread. “Laughter is the best medicine” became a cliche for a reason. It’s true. Cliff hopes it is at least because he doesn’t have health insurance.